Thursday Dinners
HomeFoodJust What is a Tortilla Anyway?
Food 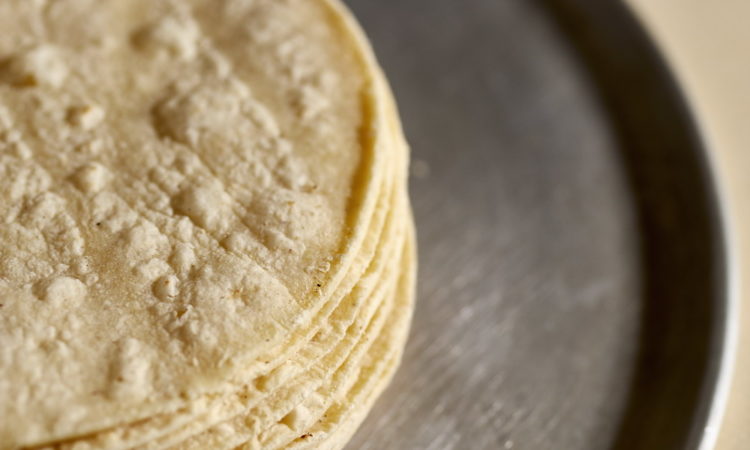 Ask the average person on the street what a tortilla is, and you may be surprised at the answer. We Americans have some strange ideas about tortillas. Some people believe, for instance, that tortillas are soft while tacos are hard. The truth is most of us with no Mexican or Spanish heritage do not truly understand the tortilla in all of its intricate details.

The first thing to note is that tortillas in Spain are not even close to their counterparts in Mexico. Indeed, a Spanish tortilla is very similar to an omelet. It is made with eggs and whatever ingredients you might want to add. For instance, tortilla de patatas is a traditional Spanish dish consisting of eggs, onions, and potatoes. It is presented as an open-faced omelet.

As for Mexican tortillas, they are flour or corn-based and act as a receptacle for all sorts of ingredients ranging from meats to fish and fresh vegetables to cheeses. The thing about Mexican tortillas is that there are a lot of different varieties. Let us look at them with the help of Taqueria27, a local restaurant chain known for serving some of the best tacos in Salt Lake City.

The good folks at Taqueria27 say that corn tortillas are the most popular in the Americas. They were originally introduced in Mexico thousands of years ago. Corn tortillas are made from a dough that starts as dried corn kernels that are cooked by boiling them in water. The corn can easily be made into a paste after cooking. Corn tortillas have that golden yellow color we are all familiar with.

Flour tortillas are especially popular in North America. They are similar to corn tortillas except that they are made with flour rather than corn paste. All-purpose, white flour is typically the flower of choice here. However, there are some flour tortillas made with whole wheat flour. They tend to be preferred among consumers who want more whole grains in their lives.

Next up is the blue tortilla. It is less common in North America compared to corn and flour tortillas, but it is catching on among younger consumers. Blue tortillas get their purple-blue collar from Hopi maize – what is essentially blue corn. Blue corn looks and tastes identical to yellow corn except for the color.

Blue tortillas are made exactly the same way as corn tortillas. Kernels of corn are cooked in boiling water until the skin can be removed. The fruit is then mashed into a paste and used to create a dough. The paste retains its blue color throughout the process.

Red tortillas get their color from beetroot juice. Depending on the color of the juice used, these tortillas can boast a variety of shades from bright red to pale pink. The most important thing to note is that it is the beetroot juice that makes the difference. Beetroot juice adds a distinct flavor to the tortilla.

Red tortillas can be either corn or flour tortillas. Makers simply take their corn or flour recipe and add a splash of beetroot juice to it. Adding the juice enhances the flavor, adds a bit of color, and offers a few extra health benefits that beets are known for.

How many of these tortillas were you familiar with before reading this post? If you knew about all of them, good for you. If not, you now know there are other tortilla varieties for you to try. They are not all the same, but they are all good in their own unique ways.

Infrared grill – what is it?

Reasons Why You Should Buy A Senseo Coffee Pod Machine

6 Dishes You Should Order in a Mexican Restaurant

How To Use The Beeswax Wraps?

Where to Find the Best BBQ in Fort Tee